Maybe it's not for everyone, but I always feel that new years are new chapters. It has been that way for me for as long as I can remember. January 1st has always marked a new start, and this year is no different.

On a personal level, I've made many changes in the last 12 months that allow me to step forward as boldly as I can into this new year. As an athlete, I feel like I'm a completely new person.

Last week I clocked 191 miles on the bike, in addition to strength workouts and yoga. It might not be a lot to some, but to be here with no pain, taking a break before my next build and my first race of the 2017 season, it's everything.

To gain a bit of perspective, I looked back at my training log from about this time last year, when in the process of building up for the first race of the year, the same race in fact, I went to the gym and suffered an injury that would take me out completely: I wasn't activating muscles correctly. I had weaknesses I knew but didn't honor. I had limitations I wasn't aware of at the time, and I pushed too hard. And so there I was, less than three weeks from what should have been my first race of the season, and I was putting in 14 or more hours a week of movement work just to - if I'm being honest - be able to get in and out of the car or up and down stairs without pain. If I'm being really honest, I hadn't actually gone down stairs correctly and without pain in well over a year, so I really just wanted to return to the status quo. And people ask me now, how I could have trained through the pain I had - and the answer isn't that I'm a hero or necessarily that my pain tolerance is any greater than anyone else's, I don't think... I thought being an athlete was hard, and it was supposed to hurt - maybe a little bit like how medicine is supposed to taste bad. Maybe, the worse it tastes, the better it is for you? I realize I shouldn't have extended that analogy to training: the more it hurts, the better it is for you. But cycling is often a narrative of suffering. I was suffering. I thought that was part of the sport.

Fast forward four months, and my training log would be blank. It was blank through the months of March through July, as I worked through injury and personal challenges, and worked on school and work, and found out just how much work it could be to find my motivation again. 2016, as I have written elsewhere, was a gift that just kept on giving.

And then some time in August, a good friend reached out to me, and asked if I wouldn't be interested in helping women get into cyclocross: could I maybe come out to an informational happy hour? At first I wasn't even sure what I had to share, except a whole bunch of mistakes and lessons learned the hard way. But then one happy hour turned into two, and maybe doing one clinic became a biweekly event on the Mall. And I have her, her awesome vision, and all of those women to thank for transforming the 2016 cyclocross season into a season that meant more to me than any before it.

Every week was another set of victories. There were skinny tires through mud pits, more mud, sand, dust, dirt goatees, broken bikes, broken bike parts, shared parts that got swapped last minute, shared bikes, runs to the pit, sprints to the finish, and cheers, so many cheers. Watching a whole bunch of badass ladies bury themselves to go faster, laugh because they didn't know if they'd stay upright, whoop through corners, surprise themselves because they rode what they were sure they couldn't, and celebrate each others' successes was and still is so inspiring to me that it makes my heart ache.

And among those victories we celebrated together, I had one of my own: I actually got back on my bike. I even wiped the dust off. In September, after mostly recovering from the various injuries over the summer, at a clinic several women were there to witness my very first remount since January. I hoped that they all wouldn't notice how nervous I was to attempt it since I was supposed to be demonstrating how it was done.Thankfully, I didn't miss my saddle. Through teaching those women, I also retaught myself. It turns out, it was just like riding a bike. 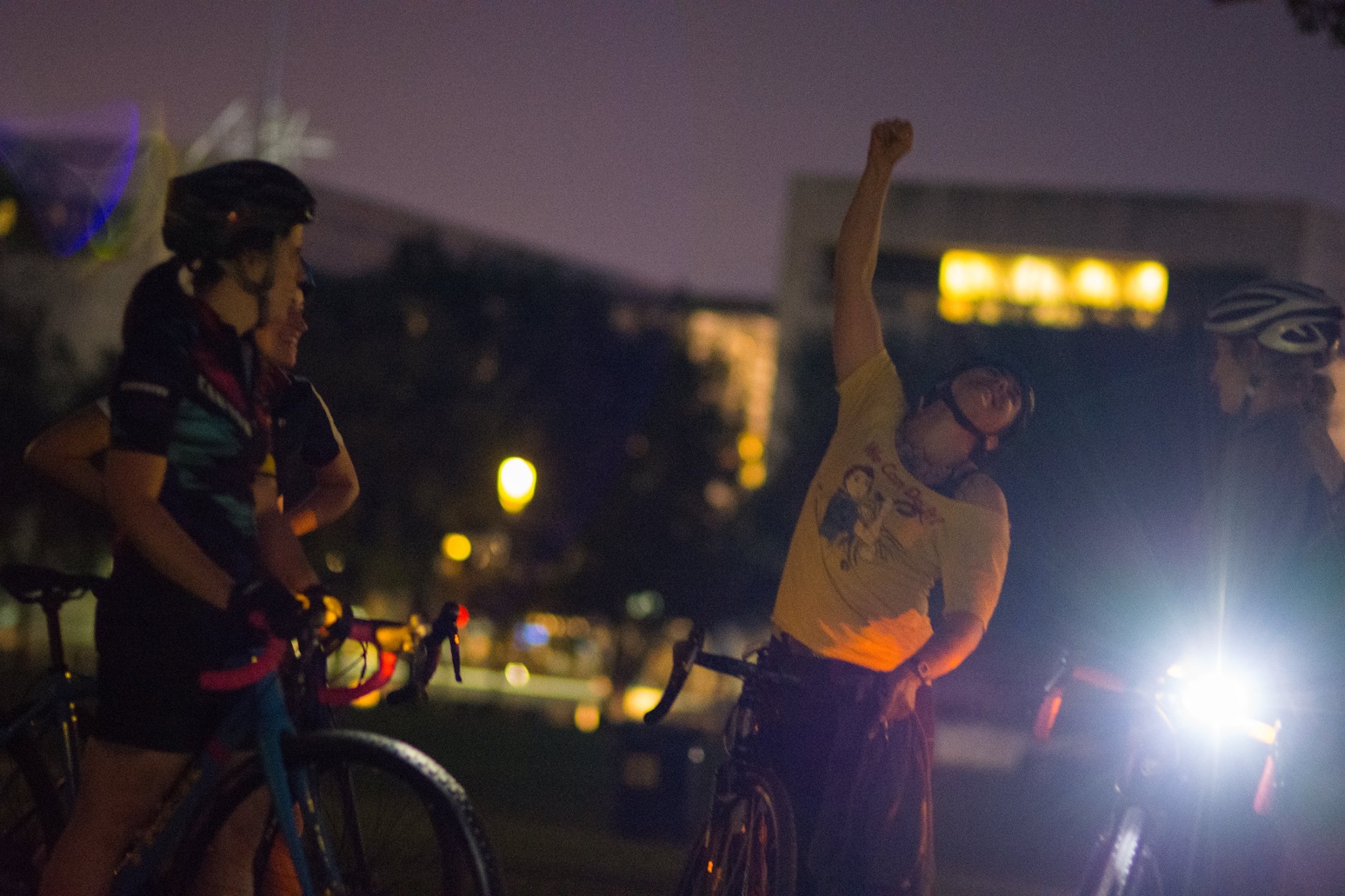 Those women gave me the perspective I needed to be able to see myself clearly. They gave me an entire season of inspiration. They reminded me why I race bikes, and why I want to race: to play along that personal edge, to find your own limits, to test them, and to grow. There's an excitement in playing along that edge that is absolutely unmatched. And to do that in the company of a whole bunch of absolutely awesome ladies who are all working to do the same, not just on the course, but in the course of their own lives --- that's why I race bikes.

Fast forward to November, and for reasons that have everything to do with an amazing community of which I am a part, guidance, and hard work - and my training log looked like this:

It takes a village. November 2016. - from Training Peaks.

That was two months ago. That log represents a successful week after two months' prior work at bi-weekly PT appointments, daily homework, and diligence largely off the bike to try and get my body to remember how to move correctly. That was after being told that I had been fighting years of injury to train. After being told that muscles didn't fire correctly because my legs didn't extend fully because, remember that time I dislocated my ankle playing ultimate...? Remember that time you ran across the country and got an overuse injury? Remember that 50K race in the snow when you slipped and pulled your hip flexor again? I think I'd conveniently forgotten... And then I'd set up my bikes so that the position didn't remind me what a full range of motion felt like either. I sat where I was comfortable, and most powerful, and ultimately dysfunctional.

But. It's a new year. As you might have seen in that November training log, I also have a new bike fit - for which a huge thank you also to the folks at Bike Rack DC. Thankfully, learning to ride a bike with a wholly new range of motion is, in the end, just like riding a bike, though it did take a fair amount of getting used to. And that training in November was logged 2,500 miles from where I'm currently sitting, in Tucson, AZ. It's here that I'm starting this year's journey on the bike in the foothills and the mountains. And also on the floor.... With a peanut, because those peanuts are important.... 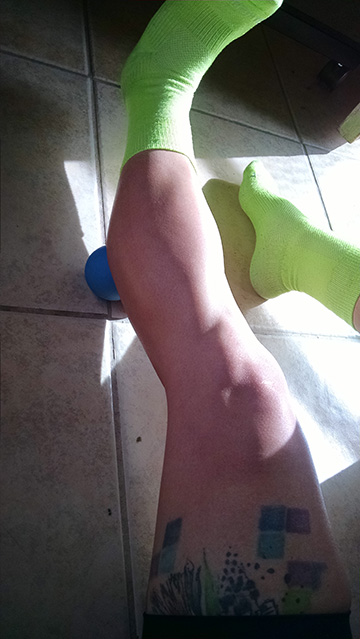 Pre-ride, and post-ride. It's my new normal. 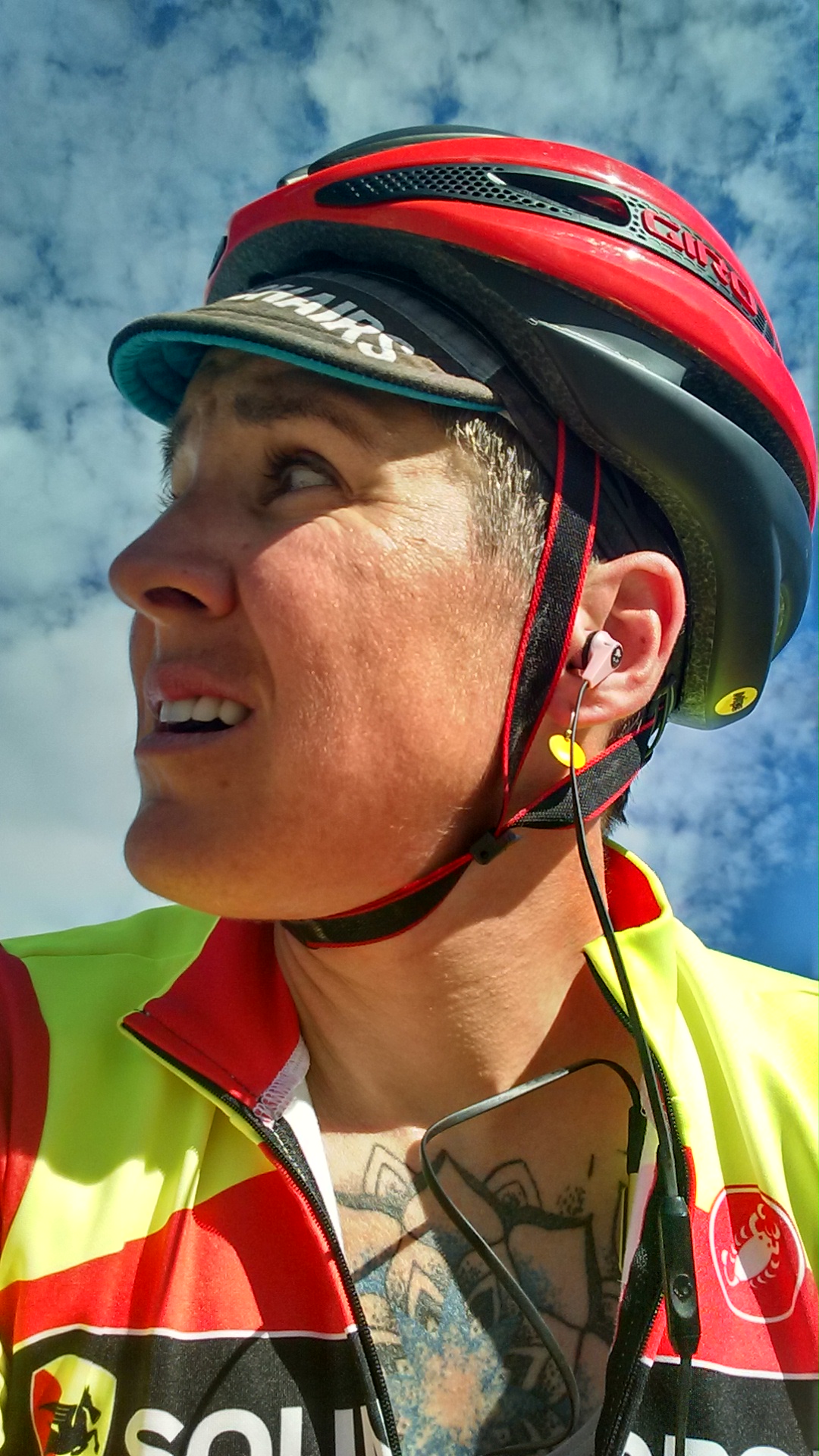 One ride of many in the hills.

This blog entry is a collaboration between Rose Physical Therapy in Washington, DC and Shauna Sweet. You can also see Shauna Sweet's musings HERE, as one of the Dirty Dozen riding this year's Dirty Kanza 200.